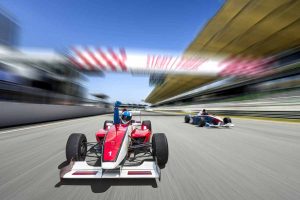 Austin is home to the only The Formula 1 Stop in the United State. Circuit of the America was built specifically to host the Formula 1 race each year. The grounds were also designed as an event venue for music, other races, and a variety of other fun events. While the F1 is in town, Austin transforms into an international hub as racing enthusiasts come from the around the world for the auto racing action and luxurious atmosphere  . During the 3 day of F1, Downtown ATX is packed with events, helicopters fill the sky, and there are parties galore if you can get an invite. The event is typical in late October first after ACL Fest.  Headliner music acts have added to the festivities by playing shows at the Track’s Amphitheater This year we welcome the Piano Man Bill Joel to Austin.

Most of the tickets from the official website are sold out months before the race. They range widely in price as some tickets are to large bleachers a long ways from the main venue area that surrounds the pits and finish line. Some tickets are in ultra exclusive suites in the main building. Some of the tickets grant access to the concert and some do not. If you are looking to experience the race on a budget, getting a ticket for Friday can be accomplished for around $50. Nice tickets for the weekend typical go for around $500 on Stubb Hub and Craiglist.

Downtown Austin is the place to stay for most Formula 1 visitors. There are all sorts of parties and other cool interactive exhibits during the weekend. In the early years of the race, there was a dramatic shortage of hotel rooms for an event this size, but over the past few years there have been a handful of new large downtown hotels adding room capacity to the this event. Some of the super wealthy stay at the resorts in the Texas Hill Country and charter helicopter to take them to the track. The track is located on the very South Easter edge of Austin, about 10 miles from downtown. Shuttle and parking are available, but the parking passes can be expensive.