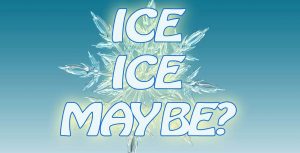 For those of you living in a cave, ignoring the comeback of the pride of Miami, Vanilla Ice almost rocked the house 2 years in a row in the year of the pandemic. The music ATX music of choice? One very cool over the top, frat house love’en, ball cap pea cocking, bikini sporting, Lake Travis bar called Emerald Point. But, he didn’t because Corona Virus canceled the fun once again. “Vanilla Ice Cream”, as my mother likes to call him, was all set to go just days before his July 3 concert date. But spikes in local positive test sparked nationwide outcry, so Ice man tweeted out the cancellation orders.

We probably aren’t going to be rolling in our 5.0 tomorrow, the rag top will be up, not down, so the wind isn’t going to blow. I have come to the sad realization the A 1 A beachfront avenue is a fictitious place. You can’t check out my hook, because I don’t’ have a DJ to revolve it. The party in not jumping, the base is not kickin, and the Vegas are not a pumping. The girls are still wearing thier bikinis, it’s not bumper to bumper on the avenue, it is not packed. The chumps have not seen an 8 ball in weeks, Yo! if there is a problems, Vanilla Ice promised to solve, it, his answer ?

Check out the hook while my DJ revolves it