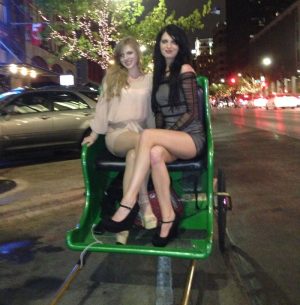 ACL has grown over the years to a two week event and one of the largest music fests in the county. There is a lot going on in the ATX and the Texas Hill Country during October including Texas\OU and F1 race, so it’s nice there are two weekends and plenty of side shows. Guns n Roses, , Mumford and Sons, Childish Gambino,  and The Cure are a few of the headliner. Local favorite Gary Clark Jr will also be at the fest. New for this year are more entry gates for quick access and vendor boots outside the gates.

Located on Rainey Street, Bangers has quickly become the new Hot Spot for Octoberfest in the ATX. An honor that was once the price of Scholz Garden.

We have not been to this Octoberfest, but it looks more kid friendly that most of them. It’s on the maybe list this year.

A quality film fest is just what a fun list needs for something besides drinking, music, and football.