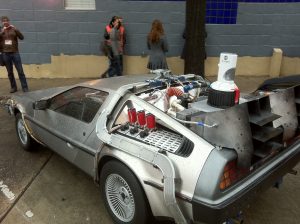 For the first time in many years SXSW is on the agenda. Thanks mainly to the decision to move AISD Spring Break so it would not be during the festival. I haven’t decided if I’m going to throw down for a wristband or a badge, so it’s time to make a list of the free SXSW events that look like a fun time.

What type of events are there?

SXSW is a collection of all sorts of different types of “stuff”. It was initial started as music festival with small acts, mainly targets to music industry professionals. New bands would come here to be discovered by a label or agent. From its humble beginning it has grown in all sorts of ways, with bigger shows and a more business like conference bolted on during the day.

For the music lovers, a wristband is your ticket to most of the music. For those crashing the party, the main SXSW outdoor stage at Lady Bird Lake is open Thursday through Saturday starting at 6:00. There are all sort of other random free shows around the city. Last year one of my buddies’ apartment complex had a free show that featured a somewhat know British punk band from the early eighties. Apparently they were famous before my time.

It’s a sort of pop-up mall with a wide range of cool merch that you might not find at your local strip mall. It free with a Guest Pass and a great way to soak up some SXSW during the day.

One of the more popular facets of SXSW. A free after party is not an easy score without going downtown and doing some good old fashion networking. But one free one is Lafayette Live Crawfish Boil at C Boys.

Most of the free screening are during the first weekend before the music kicks off. Unfortunate I won’t be able to check this out in 2019

There isn’t a bad time to visit Banger’s on Rainey street. Saturday through Monday it’s the headquarters for those looking to network for possible work in our nation’s capital.